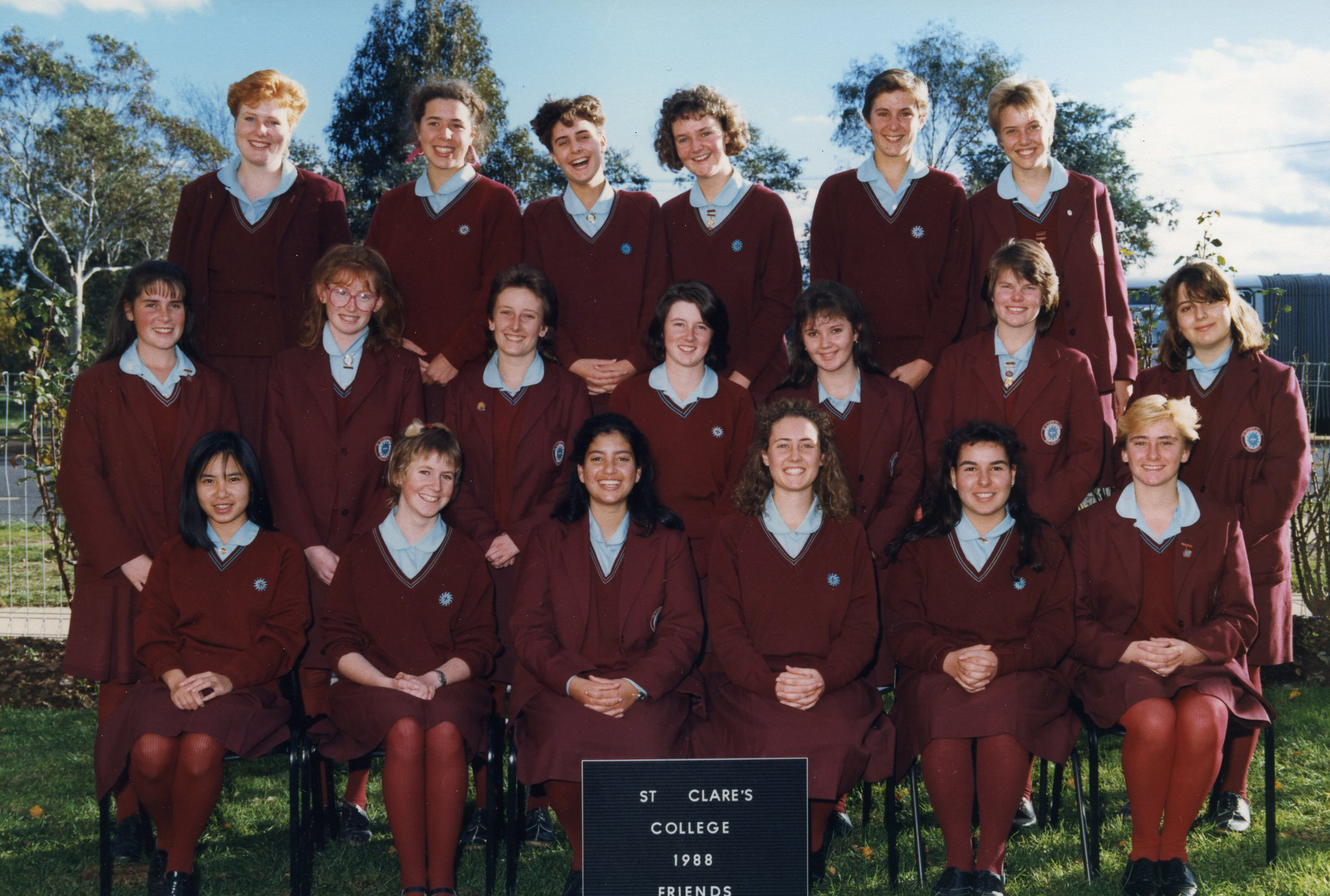 St Clare’s College has been providing excellence in girls’ education since 1965.

This school was intended to accommodate all Catholic Secondary girls in Canberra, but by 1961 enrolments were becoming so heavy that His Grace, Archbishop O’Brien decided that a new Catholic Girls’ High School had to be built in Canberra to cater for the south-side secondary school girls.

Suitable land in the suburb of Griffith was made available by the National Capital Development Commission and the Department of the Interior.

Catholic Girls’ High School Griffith (as St Clare’s College was originally known) was blessed by His Grace, Archbishop O’Brien on Sunday 30 May 1965 at 2.30pm and was officially opened by Senator Gorton, the Minister-in-Charge of Commonwealth Activities in Research and Education. 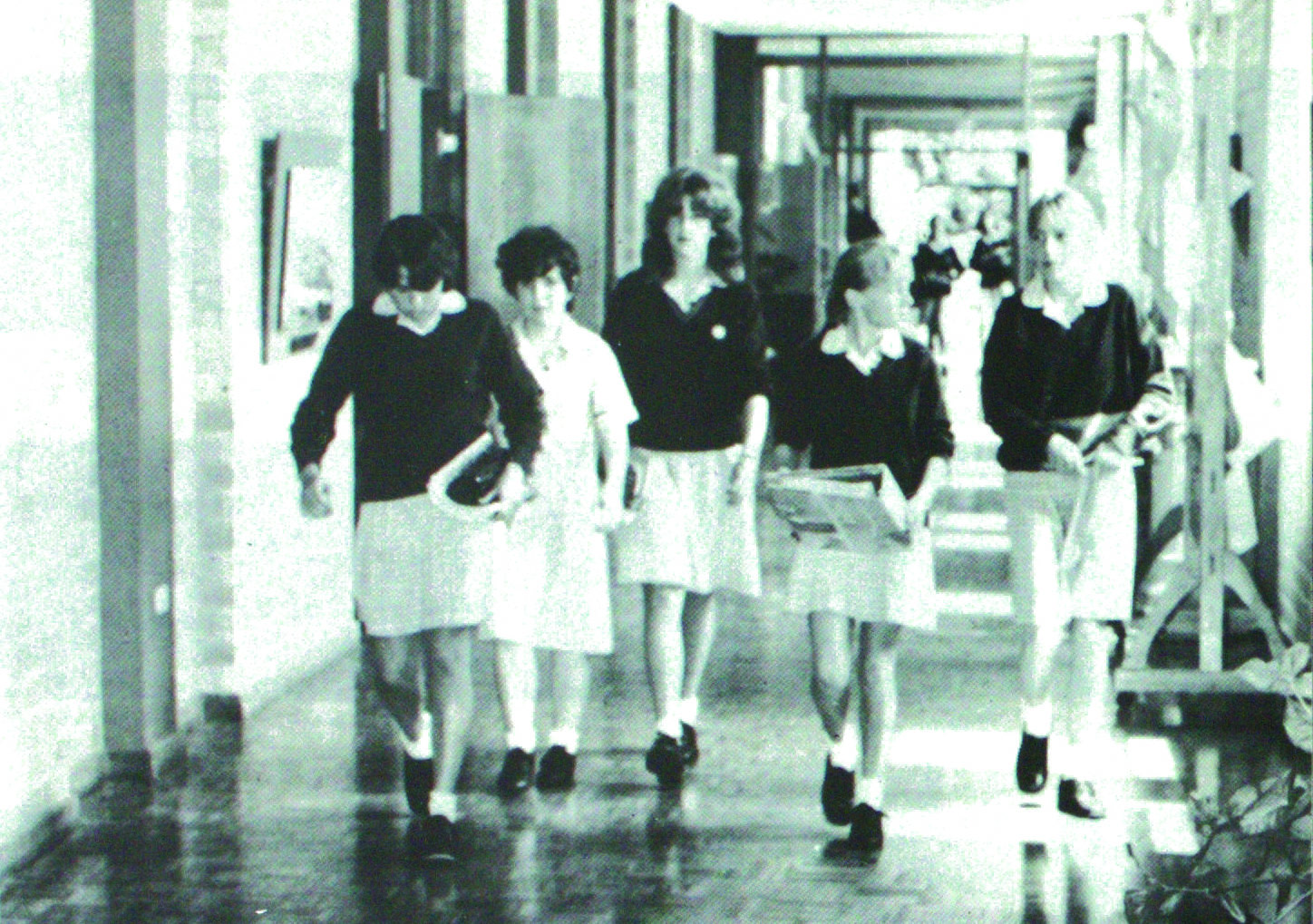 The staff at Catholic Girls’ High School Griffith was provided on a regional basis in the same way as the enrolment was drawn from the Southside suburbs of Canberra. The founding Principal was Sister Clare Slattery, a Good Samaritan Sister.

The Religious Orders staffing the primary schools, from which pupils proceeded to the new High School, also provided staff for the new regional High School at Griffith.

This arrangement was first effected at Catholic Girls’ High Braddon and was unique in Catholic schools in Australia as it maintained contact between the Order, the girl, and the Parish.

At the opening of the School, the Religious teaching staff numbered eight Sisters, comprising two representatives from each of the following congregations:

They were later joined by the Sisters of Charity. The first lay staff members joined the four Religious Orders during 1965.

The title of the school was changed officially from CGHS Griffith to St Clare’s College in 1980. The school was named after two significant women: 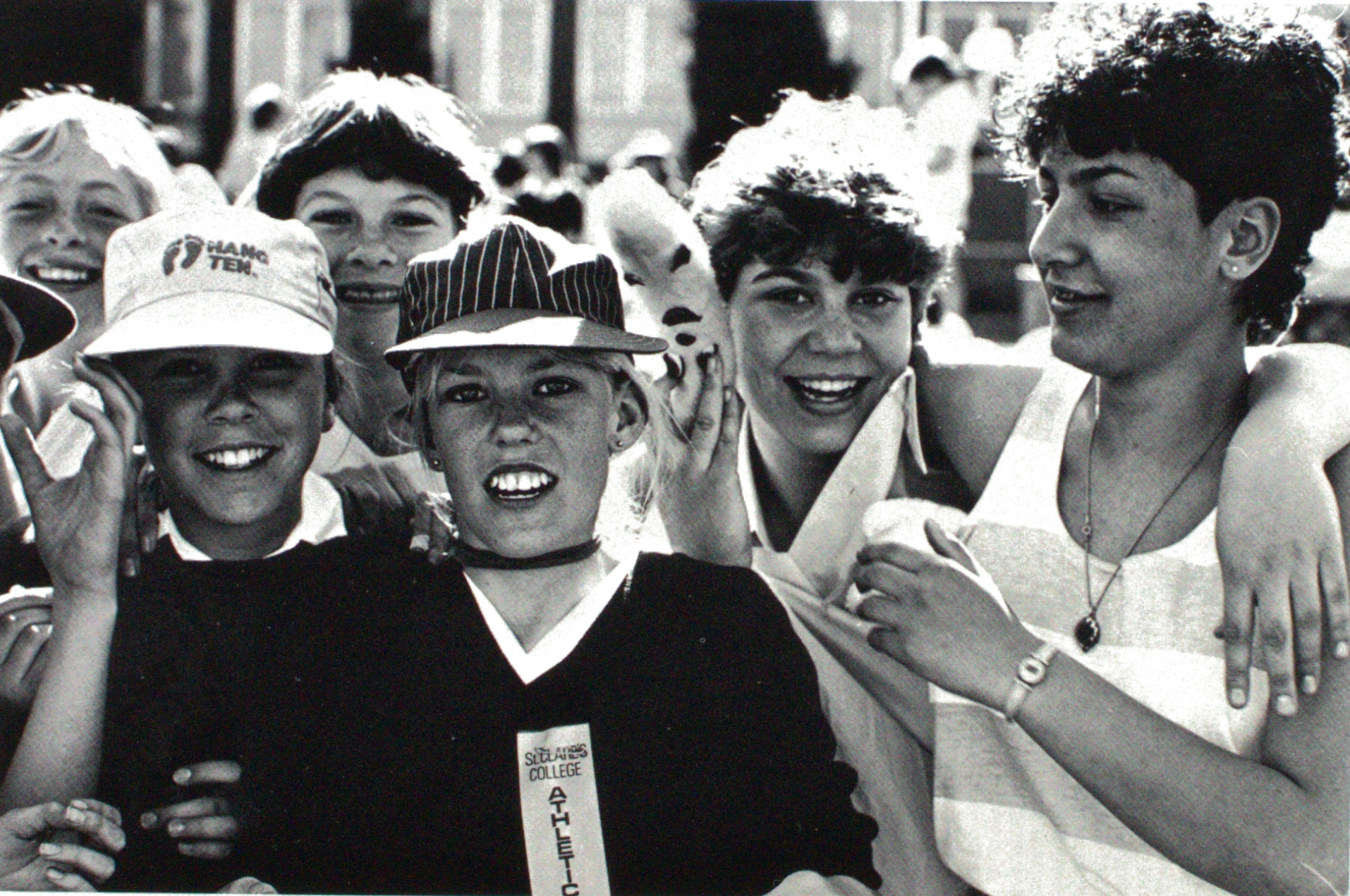 Providing excellence in girls’ education since 1965 the College is now the largest Catholic girls’ secondary school in Canberra with a wide variety of subjects, a high academic standard and a commitment to the Gospel message.

Tom Bass, a Canberra sculptor, was commissioned to design the logo. Tom Bass is well known for his statue of Ethos which stands in Civic Square. Ethos holds the sun aloft and this symbol is incorporated into the logo which represents the light and life of the Holy Spirit. The central part of the logo design represents the twelve fruits of the Holy Spirit. The colours chosen were aqua and gold on a maroon background with the motto “Seek Wisdom”.

Our Motto “Seek Wisdom” is taken from the Book of Proverbs
“For learning what wisdom and discipline are,
for understanding words of deep meaning,
for acquiring an enlightened attitude of mind
– virtue, justice and fair-dealing;
for teaching sound judgement to the ignorant,
and knowledge and sense to the young;
for perceiving the meaning of proverbs and obscure sayings,
the sayings of the sages and their riddles.
Let the wise listen and she will learn yet more,
and the person of discernment will acquire the art of guidance”

St Clare’s mother broke with convention by giving her the unusual name of Clare. The name “Clare” means light. St Clare lived at a time of great social change when the feudal system was declining and the new urban classes were coming into existence.

St Francis addressed the issue that the Church was still locked into the feudal, monastic world by leading a group of followers who brought the human Jesus to the urban poor.

In the year 1212 Clare of Assisi, then a girl of 17 or 18 responded to the urging of the Spirit and to the preaching of St Francis by choosing to follow his radical Gospel way of life.

Noblewomen born during the Middle Ages were allowed few choices about their life. Even though the law permitted them to inherit land, they were expected to marry well and expand the family wealth. Some noblewomen escaped these arranged marriages by joining a religious order, their dowries gaining them admittance into a monastery and an assurance of lifelong security. Clare of Assisi broke with convention; she walked away from both marriage and the traditional monastic life.

Under God’s guidance, Clare made her own choices and created a new path. She refused to keep her inheritance of land, for she wanted to live unencumbered. She crossed social boundaries and gave to the lower class what she received from her family. In this act of dis-inheritance, Clare opened a new path for women.

She renounced her privileged position in the nobility, for she believed that having more than she needed denied food and basic necessities to poor people. She refused to follow the old monastic way, for it spoke to her of wealth and security. Because Clare was not afraid to say no, she was able to be an agent of change in a rigidly stratified, oppressive social system. Clare embraced poverty, humility and charity as companions for her spiritual journey.

One of her sayings was “Praise God by your Life” especially in the little services you can do for those you live and work with. At the age of 21, Clare agreed to accept the role of abbess, but she never used the term. Until she died, at about sixty years of age, she lived among her sisters as one who served. The sisters who lived with her said that she never asked them to do anything she would not do herself. Clare exhorted her sisters to live as examples and mirrors of God, especially for those with whom they lived.

Clare attended to, honoured, and acted upon her inner experience. She refused to be defined by culture or the church in traditional roles for women. She held fast to her inner truth despite misunderstandings and setbacks.

Clare believed in what she did, and she wanted to preserve this new way for women to lead consecrated lives in the church. Against Francis’ wishes, she also refused to adopt one of the rules already in existence for religious life. She became the first woman to incorporate her experience, and that of her sisters, into the formulation of a rule.

Clare was a woman of great courage and tenacity. This tenacity enabled her to wait forty years for her Rule, finally obtained on her death bed and this, in spite of the interdict of the Fourth Lateran Council (1215) against the composition of new rules!

Clare of Assisi persisted so that her spiritual descendants could live as she had lived, in the spirit of the Gospels. What she really wanted to adopt and she fought long and hard to get approval from the Pope to do so, was the privilege of poverty – a detachment from material goods that was total. Throughout these years, there is not a trace of revolt or bitterness, but rather a tender and patient waiting.

Among medieval feminine figures, Clare’s personality is unique. She is the first woman in Church history to write a Rule for other women (which is still being followed today) – all other Rules for women had been written by men. For this she needed initiative, courage, tenacity, as well as, life experience and a sense of balance.

She introduced a democratic element into the functioning of her community: every sister was given the right to vote and to contribute to community decisions. St Clare is a woman who has much to teach about the skills of living together.

After Francis’ death, she was the expert on his vision as well – all came to consult her. She was one of only four women whose writings from the early 13th Century have survived. During her life people referred to Clare as someone who shone like a radiant star, was a flame of love and the essence of kindness.

Each Principal has contributed richly to the history of the College.